What Are The Causes Of Acne?

Everyone has suffered from acne at some point, be it a massive breakout or a lone pimple. Acne is defined as a chronic and inflammatory skin disease that presents itself in many forms such as pimples, blackheads, cysts, nodules and whiteheads. These forms are not harmful but they could leave scars which may not ever go away.

The science behind acne

The human body is covered in pores and these pores are connected to oil glands that sit under the skin, via follicles. Follicles are tiny sacs that both produce and secrete a variety of things that can trigger acne. Acne usually appears in areas that have the most oil glands, such as the face, chest, neck, shoulders and back.

There are two things that could happen due to a blocked pore. The blocked pore could cause the follicle wall to swell and create a white head or the blockage could be exposed to its surroundings and darken. That’s how a blackhead is formed. It is essentially bacteria and oil stuck in the pore but because it is exposed, the colour changes to brown.

Other forms of acne include pimples and cyst-like lumps. Pimples are red spots that have a white centre. These raised spots develop when the blocked hair follicle on the surface becomes infected or inflamed. Cyst-like lumps occur when a blockage is deep under the skin’s surface. Most of the other pores on our skin are openings of sweat glands thus, are not usually involved in the causing of acne.

The primary cause of acne is said to be an increase in androgen levels.

Androgen is a hormone that remains at low levels until adolescence occurs. For women, this androgen is converted into estrogen. The increase in androgen levels can trigger the growth of oil glands that lay under the skin. These larger glands then go on produce more sebum. An excess of sebum can break the cellular walls present in pores and cause bacteria to grow. 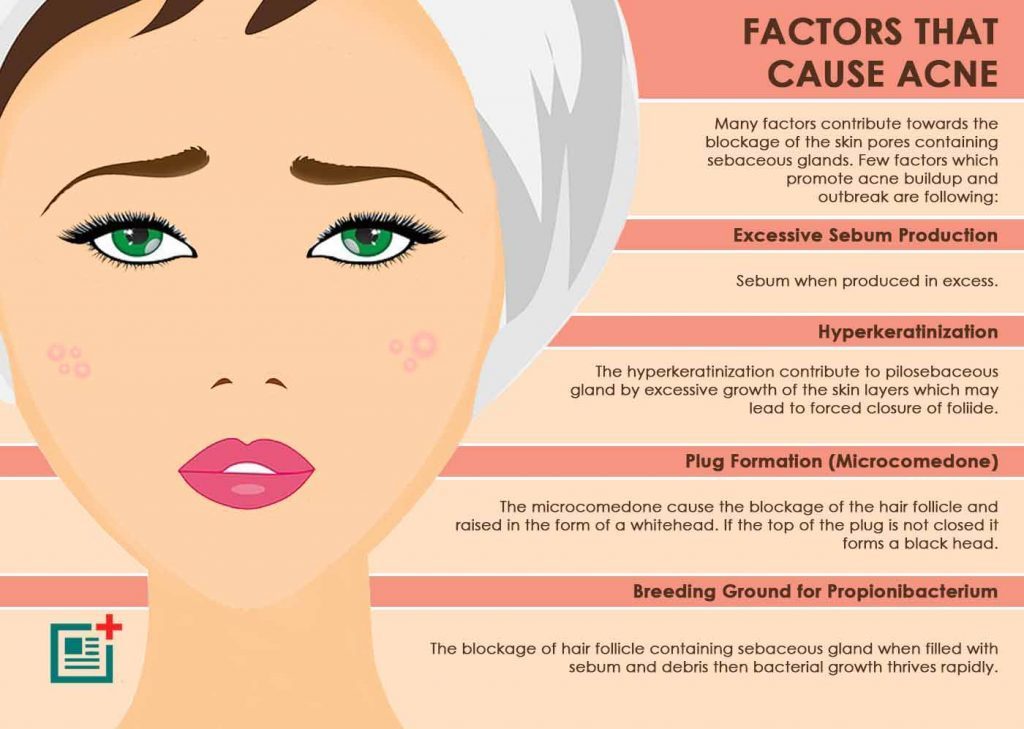 Other causes of acne

The various types of acne

Factors that could make the acne worse

I have acne, what should I do?

The first thing is to determine the causes of your acne and what is triggering it. Seek out a reputable aesthetic doctor or dermatologist to first get a proper diagnosis. He or she may then prescribe acne treatments to help with your situation. Depending on the severity, drugs and medication may be prescribed.

Is Hair Diagnosis Necessary for Me?

Acne Breakout? Here’s What You Need to Know!