Tuesday, December 17
ACNE Solutions
You are at:Home»General»10 Celebrities With Past Acne Issues
5 / 5 ( 1 vote )

Believe it or not, celebrities are just as susceptible to just about anything. It is easy to forget that the celebrities in magazines or the celebrities who walk on the red carpets are people too. And just like us normal folk, they suffer from acne. Here are 10 celebrities with acne issues.

The pop idol sensation has never hidden her battle with the skin disease. Being in the spotlight from a young age has put her personal life out in the open for scrutiny and it hasn’t been an easy journey for her. However, time has taught her many ways to deal with her skin and one of them is laser resurfacing. This procedure has to be done by an expert dermatologist. What happens during the procedure is that blemishes and scars are reduced to nearly nothing and the skin looks newer. The downside to this is that it costs a bomb, therefore it should only be used as a last resort for a very troubled skin. Britney has also revealed that she turns to a healthier and sugar-free diet to keep her svelte shape and minimize breakouts. Her go-to solution for blemishes is a simple lightweight foundation.

The star of movies such as “The Mask” and “Minority Report” has a reputation for a nearly flawless face. But what many don’t know is that she had struggled with acne since her days as a teenager and is still fighting a few blemishes now despite being 45 years old. Cameron shares her experience dealing with acne as a teen and now as an adult in her new health guide, “The Body Book”. In it, she expresses her unhappiness with herself and her low self-esteem while combating acne. She goes on to share how she took control of her health in many ways, one being the change of her diet. She also sees a dermatologist regularly to have microdermabrasion and oxygen facials which result in smoother and plumper skin. 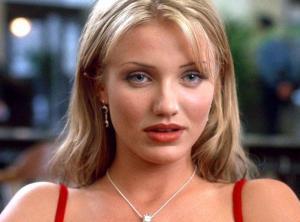 The former Spice Girl, model, fashion designer and wife of football legend David Beckham has also fallen prey to the skin disease. In her case, dermatologists gave her a 3 step routine that consisted of cleansing, exfoliating and nourishing. These steps reduced the scars on her face as each step worked its magic. Cleansing removes dirt and bacteria from the pores while exfoliating encourages the formation of natural protein as well as stimulates the oxygen flow within the skin. Finally, the nourishing step calms the skin down.

The actress has long been known for her clear skin. However, life hasn’t always been easy for her. A multitude of factors including a hectic schedule and genetics have contributed to her fall to acne. Once she stopped using retinol, she noticed an obvious change in her skin quality. That, combined with a healthier lifestyle, has helped her cope with recurring acne.

The pop superstar started suffering from acne due to a combination of stress and a poor sleeping schedule. Despite being the face of an acne combating product, Proactive, she dealt with acne on her chin and cheeks. She manages these flare-ups with a regular skincare routine and a healthy lifestyle.

One thing that actress Megan Fox has in common with us regular folk is residual acne scars from breakouts that had happened previously. She has also struggled with enlarged pores that she felt the need to conceal with makeup. Her skincare routine consists of natural and organically produced products, is extensive and is aimed at keeping her skin clean and clear. She also ensures her diet includes fruit and vegetables to remove radicals from her body as well as stimulate antioxidants.

Known for playing vixen-like roles, the actress has starred in shows like 90210 and Nip/Tuck. She has battled skin troubles too and has many tricks to beat an uneven complexion. Her strict skin regime consists of daily cleansing, toning and moisturizing. She also uses a clay mask twice a week and spot treatment just before going to bed.

The model and mother of 15-year-old Lila has come to the conclusion that many things can cause acne. Some of these causes include the sun, stress and hormones. Much to everyone’s surprise, Kate has not defeated acne through the best skin care products on the market. Instead, she consulted dermatologists who perform hydrating microdermabrasion on her skin to promote new cell growth. She also uses dermarollers to cleanse her pores and stimulate collagen production.

The famous singer swore off makeup to embrace herself in her rawest form but the decision has also benefitted her skin. Prior to her decision, she suffered from chronic acne. Her solution is religiously following a routine that consists of regular exfoliation to remove bacteria and dead skin.

The former Disney star turned singer has lived in the spotlight a long time. The pressure to look perfect at all times is high, but a busy schedule combined with an irregular sleep pattern has left her vulnerable to acne. Her choice of weapons against the skin disease are natural skin products to both purify and cleanse her face.